Over the last decade, HD Remasters have become a quick and easy way for publishers to make some lazy money. It started out with PS2 games being remastered for the Xbox 360 and PlayStation 3 but it went to new extremes this current generation. Games such as The Last of Us and God of War 4 were needlessly remastered for the PlayStation 4, and the number of other titles is quite staggering.

Needless to say, I’m not a fan of these lazy cash grabs, especially when there are so many brilliant games out there that are begging to be remastered and would be much more deserving of the treatment.

Here are ten of those games, arranged in alphabetical order simply because they all share equal merit.

The fact that ActRaiser remains as unique today as it was nearly thirty years ago is testament to how well designed the game is. Part side-scrolling action, part city-building simulation, with a little bit of Populous thrown in for good measure, this Super Nintendo classic was one of the earliest games released for the platform and the debut title from the brilliant Quintet. Although it lacks the depth of dedicated games in the genres it mashes together it is a ton of fun and certainly something you will not easily forget. ActRaiser is one of my favourite SNES games of all time, and a remaster is more than justified.

All notion that the Saturn was poor at 3D should have been dispelled upon the release of Burning Rangers, a 3D action title from Sonic Team which sadly came too late in the lifespan of Sega’s 32-bit system to really have an impact. By 1998 the Saturn was dead in the west, with Burning Rangers being one of the very last games released in English, but there’s no doubting the technical showpiece this was. Burning Rangers is the sort of game which, was it released a few years earlier, might have changed perceptions of Sega’s console. Sadly, that wasn’t meant to be, but it’s a perfect candidate for a modern HD remaster.

There are two reasons why I think Cadillacs and Dinosaurs deserves a remaster. Firstly, it’s an excellent video game. Capcom released some brilliant beat ’em up games in the early 90s, yet few of them are as inch-perfect as this. Secondly, despite being relatively successful at the time the game was never released on consoles. If you play it you’ll immediately see why. The SNES and Mega Drive simply couldn’t have handled it, the game would have been too demanding. The SNES struggled to handle Final Fight, which resulted in Guy being cut from the roster and the 2-player mode been removed. But, these two reasons are all I need to demand a remaster. Make it happen Capcom.

We tend to think of PC gaming when we think of real-time strategy games, and this is where Herzog Zwei stands out. Released in 1989 for the Mega Drive, Herzog Zwei is recognised today as the first true RTS title, which makes its origin on a console all the more surprising. While Westwood Studios’ classic Amiga title Dune II gets most of the credit it was with Herzog Zwei where most of the now integral features of the genre were born. Developed by the same team which brought us Thunder Force, Herzog Zwei is one of the best games ever released for the Mega Drive and its influence is without question. Being one of the original expensive video games, Panzer Dragoon Saga became a collector’s wet dream almost immediately after launch. The game had a very limited run in Europe, with as few as 1000 units been shipped across the continent (although some figures suggest as many as 6000). This resulted in the game commanding prices of well over £100 in the used game market the moment the game sold out, and prices are hovering around the £350 mark today. Is it worth the price? It depends. If you love RPGs I’m almost certain you’ll love Saga, but it’s a vastly different role-playing experience compared with other games in the genre from the period, and it remains fairly unique for that reason. I haven’t played another game quite like it, and despite its relatively short length it sends you on quite the adventure. Sega no longer has the source code for the game, but I still hope this sees the light of day once again in the future.

In 2018 the Sega Saturn port of Policenauts, widely regarded as the best version of the game, was finally released in English, albeit as a fan translation. But finally, fans can play the game in English for the system which is best experienced. This isn’t enough for me. Maybe I’m asking too much; in fact, I know I am. Modern Konami hates gamers and seems disgusted by the amazing legacy it has left behind, but Policenauts is the one remaining Hideo Kojima masterpiece we have yet to see in an official capacity in the west, and I think that really needs to change.

I have already written a lengthy article discussing the 3DO, so I need not get bogged down in that again here. Road Rash is the best game ever released for the system, the best game in its franchise and one of my favourite arcade-style racing games. It’s honestly that good. The gameplay is silky smooth, the tracks are challenging, the characters are wacky and the FMV sequences have just enough 90s cheese to be enjoyable. A remaster of this would go down nicely.

Long before Toys for Bob was acquired by Activision and given the soul-draining task of creating what felt like never-ending versions of Skylanders (thankfully that died off), it was a PC developer knocking out masterpieces like this. Published by Accolade in 1992 for MS-DOS, Star Control II is an epic space opera in which the player, one of the surviving humans after the earth is overrun by the evil Ur-Quan and added to its space empire, needs to travel from one side of the galaxy to another in an effort to build alliances, upgrade your ship, gather resources and take the fight to the Ur-Quan and liberate Earth. If this sounds reminiscent of the plot of the Mass Effect series that’s probably because Star Control II was a huge influence on BioWare’s sci-fi RPG trilogy. An updated version was released for the 3DO in 1994, but I’d love to see another remaster for modern hardware. Streets of Rage II is one of the very few video games which I can honestly call perfect. It’s a bold claim, but I genuinely can’t find a single fault with it. So, a remaster isn’t necessary to improve the game in any real way, I just want to see it happen. The game’s gorgeous pixel art remains a sight to behold, but could you imagine what a loving developer could do with it in 2020? We’ve already seen Sega release Sonic Mania, an official Sonic release developed by a group of mega fans, so would the studio allow a fan group to remaster this classic? With Streets of Rage 4 due sometime this year I think that’d be a great thing to do. 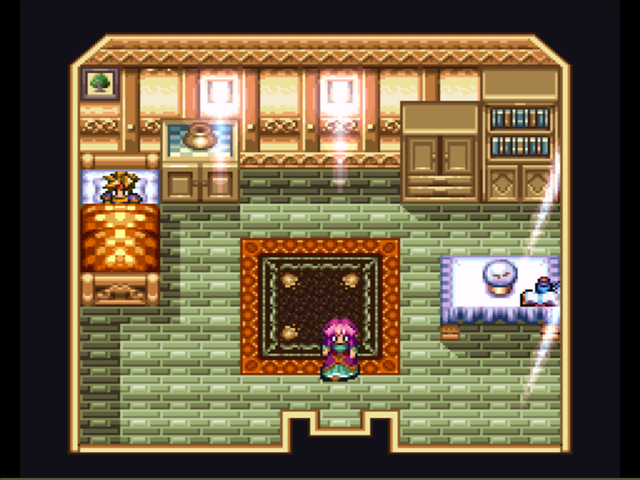 I don’t expect any of these games to get the HD remasterings they deserve, but if there’s a possibility for any of them, that game will not be Terranigma. Many North Americans see Terranigma as the one which got away. A classic top-down action RPG for the SNES released in Japan and Europe, but the closure of Enix’s North American branch ended all hopes of a release in the region. Thankfully Nintendo of Europe decided to pick up publishing rights in Europe, meaning Terramigma is only SNES RPG, to my knowledge, released in Europe but not North America (it was always the other way round). Over the years the game has built up this almost mythical reputation, but is it really as good as people claim? I think so. It isn’t as polished as Secret of Mana, or as mechanically deep as Seiken Densetsu 3, but Terranigma is an excellent RPG with a lot of variety, an epic, heart-rending story and one of the greatest video game soundtracks of all time. It defines the word classic.