I’ve always found it difficult to narrow down my top ten consoles of all time. I’ve played video games my whole life, and I’ve been lucky to have played more systems than most. When I’ve thought about this in the past I have always struggled because no matter which ten consoles I choose I always inevitably leave out a couple out which I love. But it isn’t something I’ve thought about in quite some time.

Until now, that is. After a considerable amount of time, obsessing over every console I’ve ever played, I think I’ve now finally compiled my definitive top ten. Yes, things could still change in the future. While I consider this list definitive, it is by no means going to remain definitive. Each console here is included because I think it deserves its place, but I don’t know how I will feel in five, ten or even a single year. I’ve listed the system in release order, mainly because I couldn’t fully decide which order to place them, and included five “choice picks.” Five games which I think perfectly encapsulate each system.

Let’s get on with it.

The console which gave birth to the modern video game industry, the Atari 2600 (which was known as the Video Computer System until 1982) remains one of the most iconic systems ever released. It’s beautiful, stylish design and woodgrain finish are simply gorgeous, and it has many classic games. While other systems from the same period were more powerful, like Intellivision or ColecoVision, the Atari 2600 was the system which captured the imagination of gamers the world over. It turned Atari into a billion-dollar company and forever made the Atari name synonymous with video games. Some will say it hasn’t aged gracefully, and I can understand why others would omit it from their lists, but for me, the 2600 is simply timeless. 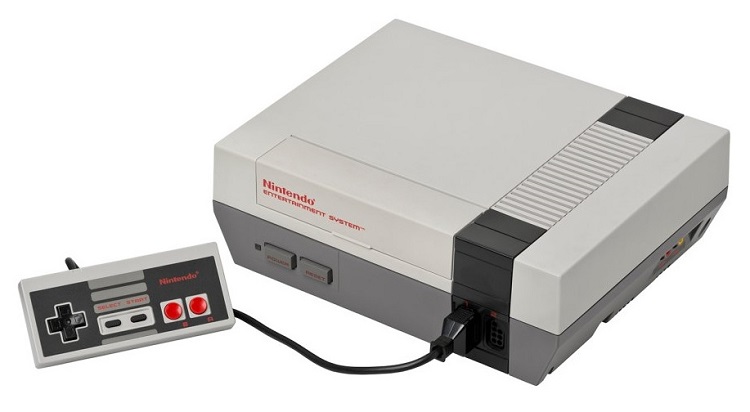 Despite failing to get the ball rolling in Europe, and losing out considerably to the Sega Master System, the NES was the undisputed King in North America and its original Japanese variant, the Famicom, dominated sales in the land of the rising sun for nearly a decade. Not bad for a company which, in 1983, was struggling to gain a foothold in the arcade industry. Donkey Kong was an iconic game, but other Nintendo arcade hits had failed to gain the same level of attention. With the NES Nintendo managed to narrow its focus and, with the help of several key third-party studios, deliver a strong line up of classic titles which went on to influence the industry at large. Franchises including The Legend of Zelda, Metroid, Castlevania, Dragon Quest, Final Fantasy and Mega Man all made their debut on the system, and the launch title Super Mario Bros. sent Nintendo into the stratosphere. This is gaming in its purest form.

Released as the TurboGrafx-16 in North America, the PC Engine failed to gain traction in the west for a variety of reasons. It was an entirely different story in Japan. The PC Engine was a juggernaut domestically, selling millions and even overtaking the Famicom as the best selling console in Japan in 1988. It was a huge achievement, but anyone who has delved into the world of PC Engine will understand why. In the late 80s, no other system on the market could match what the PC Engine was doing. It became the place to play quality arcade ports, with its version of R-Type, in particular, been hugely impressive. These arcade ports were complemented with a wide array of games both weird and wonderful. Games like Gomola Speed and Gekish Boy were unlike anything found on competing systems. The PC Engine also holds a significant place in video game history for being the first console to use optical media, thanks to the PC Engine CD add-on, and many of the best games for the system were released on the format.

Sega never again managed to replicate the success it found with its glorious 16-bit machine. The Mega Drive was released in a world dominated by Nintendo, but by the time of its discontinuation in 1995 Nintendo’s iron grip on the industry was destroyed for good. The system is the stuff of legends. In Europe, it continued Sega’s dominance, while in North America it reversed the company’s fortunes and wrestled a 60% market share from the Big N. Its success in Japan was limited by the popularity of the PC Engine, but its success in other regions was built upon a foundation of quality arcade ports and great, original titles of its own. The system was also instrumental in the introduction of modern video game rating systems, giving birth to the Videogame Ratings Council which eventually evolved into the ESRB in North America, PEGI in Europe and CERO in Japan. Released under the name “Genesis” in North America, the system truly lived up to its name as the birth of a new era in gaming.

The Mega Drive may have proven to be the first serious challenge to Nintendo’s dominance, but the Super Nintendo remains to this day the greatest console Nintendo has ever released. The SNES is home to arguably more classic and iconic games than any other video game system, and its library is the stuff of legends. A lot of franchises, like Zelda, Final Fantasy, Super Mario, Metroid and Castlevania, all had possibly their finest ever masterpieces released for the console, and the system gave birth to many other iconic franchises of its own. It had something for just about everyone. It may have lagged behind the PC Engine in the shmup department, and the Mega Drive for platform titles, but its library had an incredible amount of variety and the quality was high. Sega gave Nintendo a bloody nose, but by the time of its retirement, the SNES outsold the Mega Drive quite handsomely. Despite losing its iron grip on the industry Nintendo still won this particular battle.

From the very dawn of home gaming consoles were always trying to replicate the authentic arcade experience. The expensive, custom hardware found in arcade cabinets meant that console ports simply couldn’t match the quality of their arcade counterparts, but the main focus was always to reduce that gulf in quality. The Neo Geo, on the other hand, took a different approach. Designed by SNK, the company wasn’t content with near-perfect arcade conversions. It wanted the true thing. So the company took its Neo Geo arcade hardware and consolised it. The hardware in the Neo Geo home system, the Neo Geo AES, was identical to what could be found in the arcade, meaning it offered 100% authentic arcade conversions in the home. It did come at a premium, relegating the system to a niche audience, but denying the quality of the product SNK released would be foolish. It is an unbalanced system with little variety, with fighting games making up the majority of the library, but the games themselves were often excellent and hardly anything released for the system was truly awful. I love this thing.

Sony’s entry into the video game market sent shockwaves reverberating throughout the industry which can still be felt to this very day. Sony’s iconic PlayStation was the result of a deal with Nintendo which went sour, and the Japanese electronics giant has never looked back since. The PlayStation defined an era in gaming. It was a game-changer which turned video games into the hottest commodity in the world. The PlayStation had an aura that seemed to attract people which had never owned a console before, and it won back many who had fallen out of love with gaming as they grew older. Its focus on an older demographic and its revolutionary marketing strategy changed the perception of video games in the mainstream. Its controller showcased the importance of ergonomic design. And most importantly, it had some truly wonderful games. Games which became timeless classics. For my generation, this is what gaming is all about.

The Dreamcast was Sega’s last home console after years of mishaps, but no company has ever bowed out with as much class as Sega. Designed to be the antithesis of the Sega Saturn, the Dreamcast was supposed to be Sega’s salvation. It was supposed to return the company to the glory days of the Mega Drive. Of course, history has shown this wouldn’t be the case. The Dreamcast was, unfortunately, another failure, but to view it as that alone would be missing the point. The Dreamcast was the last true hardcore video game console. That isn’t to say consoles since have lacked any hardcore appeal, but the hardcore factor is all that the Dreamcast had. The lack of mainstream appeal certainly didn’t help the cause, but for a young, video game crazed youth such as myself, the Dreamcast was a gift from the gaming gods. It also coincided with the most creatively fertile period in Sega’s history as a video game company, resulting in some truly wonderful games and oddities alike. The sort of games which only the most die-hard seem able to appreciate.

The PlayStation 2 is the best selling console of all time. It has sold 159 million units. That sum is quite staggering. At the time of its relevance, it felt like every single household in Britain had one. It was everywhere. This rubbed me the wrong way somewhat in the early 2000s. There’s no denying the quality of the PlayStation 2, but as a huge Dreamcast fan, I almost resented it. Maybe I was just bitter that the console I loved so much was getting beaten so badly? That’s probably the case. At least today I can appreciate the PlayStation 2 for what it is. I’ll never love it in the same way I love the Dreamcast, but the PlayStation 2 has so many incredible games you’d be foolish to say it is anything other than a brilliant video game console. 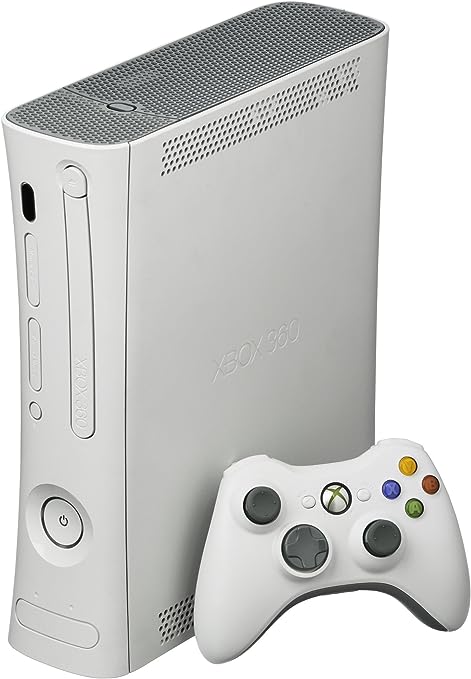 The latter years weren’t the most flattering for the Xbox 360, but I loved the console in those first four years. It was blazing trails, pioneering gaming with its robust online offering and achievement system. I enjoyed the time I spent with the original Xbox, but Microsoft went above and beyond to elevate the Xbox 360 to the next level. Its hardware was easy to program for, meaning it became the developer’s system of choice, and its early release meant that by the time the Wii and PlayStation 3 rocked up on the scene it was already established in the marketplace. It also played a huge role in the creation and evolution of the modern indie game scene, with the Xbox Live Market Place heavily promoting these titles. As time passed sales did slow down, and the impact of the “red ring of death” cannot be ignored, but I love the Xbox 360. It is just a great video game console.

About the Author: James

James is the founder of The Video Game Age and a lifelong video game fanatic. His love of video games was passed on to him from his father, who first introduced him to the joys of electronic entertainment aged just three years old. The first game he ever played was Body Blows by Team 17 for the Commodore Amiga.