Disclaimer; this is purely my own personal top 5 PlayStation games. With over a thousand games released in PAL territories alone, there’s no doubt that your own lists will be different. These titles are by no means the best PlayStation games, they are just the games which I hold in higher regard compared to others.

With that being said let’s get this list on the way!

What do you get when a gunman takes the way of the sword? A super, ultra-sexy hero! If that alone isn’t worth checking out this game then I do not know what is. You take control of Zan, who returns to his hometown to find it overrun by ninjas, leaving no choice but to eliminate them. Enemies take the form of a range off odds and sods, from traditional ninjas to straw puppets! Yes, like many games of this era the controls can take some getting used to, but if you like pure arcade action with a twist this game is for you. I first discovered this game when I was 12. I had just been paid from my paper round and I found this in GameStation for the hefty price of £7. GameStation was always my preferred choice for video games, and man, this did not disappoint. Still to this day, it’s very rare I that I see anyone talk about it, which is a shame as it really does hold up well and above average in comparison to most of the library (from my experience). Did I mention the soundtrack? Classic cheese, but oh so catchy. It may be a little obscure, but this title is still very affordable, so if you’re looking for something a little different from the norm then you really can’t go wrong with it.

This is a title which needs no introduction. Many games get given what many consider to be the perfect sequel, but this, in my opinion, deserves much credit. This was the first Resident Evil game I ever played when I was 11 years old. My friend, Andy, invited me round to his house where together we discovered true gaming horror. Never before had I seen a game with as much emphasis on gore and horror. The closest thing to horror I had experienced at that time was getting ruined by the T-Rex in Tomb Raider for the Sega Saturn. Resident Evil 2 made me obsessed with zombies, and the franchise as a whole. When my mum used to ask me what I was doing, I would always be drawing Resident Evil themed monsters and scenarios, or writing stories and walkthroughs as I progressed through the game. Every man and his dog has played this game, so the story and gameplay don’t need to be discussed. I’ll just ask you this; do remember the fear bestowed upon you seeing that first Licker dash across the window? 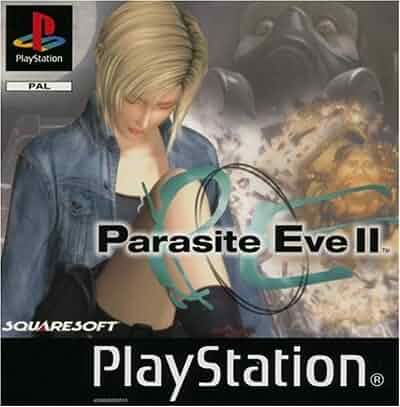 My love for Resident Evil made me actively hunt for more games of its kind during my teenage years. On my travels, I found Parasite Eve 2 purely by chance. I begged my mum to buy it for me. After weeks of looking at the back cover of the game case, in awe, I finally received it as a present for my 15th birthday. I opened it in the morning, but I had school the same day, which I thought was really unfair! Upon returning home I put the disc into my system and played it for nearly 8 hours straight. It did not disappoint. Imagine if Final Fantasy and Resident Evil had a baby. This would be the end product. It had the tank controls, which I still love to this day, but more emphasis was placed on action than Resident Evil. This was combined with fantasy elements, such as magic, which mixed up the gameplay. Guns and ammo could be purchased at certain points, and you’d save your game at a telephone. It gave me a sense of familiarity. You take control of Aya, an FBI agent who managed to survive the horrors of the first time (I wouldn’t play the original until many years later, as it was only an NTSC release). Investigating a disturbance, you discover creatures morphing from human forms, and the story takes place in the Nevada desert and beyond. This is definitely not to be missed. Ahhh. Now, this seems to be one of the most controversial games ever. It receives a godly amount of flack in comparison to other Final Fantasy titles. In recent times Final Fantasy VIII has taken the forefront in many a conversation between James and myself. The everlong debate of who would win in a fight between Cloud from the previous entry in the series, which is also a masterpiece, and Squall. But let’s be honest, we all know Squall is the superior character. Just look at the difference in the amount of screen the two get in Kingdom Hearts. I can already hear the pitchfork yielding yobs marching down my street to make an example of me for such a bold statement! Seriously though, the amount of hours I have put into this game is unreal. I have genuinely lost count. I discovered it after obtaining a demo disc from Game in the Debenhams store near where I live, and I was glued. True, the Junction system can be hard to get used to, but you get used to it eventually. The character development throughout the story is lacking as well, but there are much worse JRPGs out there. It was Final Fantasy VIII which truly made me a JRPG fan.

The collectors out there will already know all about this one, but some gamers may not. Tombi is somewhat of an expensive title, averaging around the £100 mark for a complete copy. There are not many games I would deem worthy to command such an amount, but this is worth every penny. During an era where 3D games dominated gaming platforms, out popped this gorgeous looking specimen, sporting gorgeous 2D graphics on a 2.5D background. You were able to jump into the background, which had been done before in other titles, but it was not that common. You take control of Tombi, and your job is to get rid of the evil pigs that have taken over the land you call home. The game is an interlinking mission-based platformer, with boss fights that are admittedly a little lacklustre, but this does not take anything away from the gorgeous art style and the tight, responsive gameplay this game has to offer.

About the Author: Mike

30 plus year old gamer that has been playing video games from the age of 4. Huuuuuge SEGA fan! Nowadays I love sharing the games of the past with my children with the hopes of them continuing my aspirations of finding the perfect gaming experience